Sticking with 6mm Sci-fi, but with a slight pivot to a galaxy far, far away...

We recently got back into The X-Wing Miniatures Games, after a brief period of collecting dust. Sticking with v1.0 of the game as none of us need more cardboard in our lives, and as i've mentioned before, my gaming group never massively got into 'the meta' and all of the wild exploits that came at the end of the v1.0 games' life.

We have kicked off a campaign, set loosely in the time of the Galactic Civil War and have wrapped some narrative around what is effective an escalation type system, where we all start restricted to rookie pilots (PS1) and unlock veterans and unique characters through winning battles. This is really refreshing as it gives us the chance to play with pilots/ships rarely fielded.

Please see my friend's blog to follow the campaign > http://thebissler.blogspot.com/

One essential purchase for me as the Rebel player was the Saw's Renegades expansion - which 'fixes' the classic T-65 X-Wing and newer U-Wing featured in Rogue One.

The only downer to my eyes was the paint job. The black/white pattern should have been striking, but for me it just lacked excitement, and looked out of place with the rest of my fleet. (I also attempted to fix the sticky S-Foils on the X-Wing, and failed miserably)

So I've given a very quick and dirty going over, and whilst it is by no means perfect, I can explain this away as some slap-dash Rebel workmanship, and i was happy to get painting again and get something knocked out in a couple of hours, rather than have it sitting tormenting me half painted for the next 10 years...

Also - full disclosure, i nicked the schemes from a google image search, and imitated them poorly, so apologies and thanks if you were the originator of my inspiration. 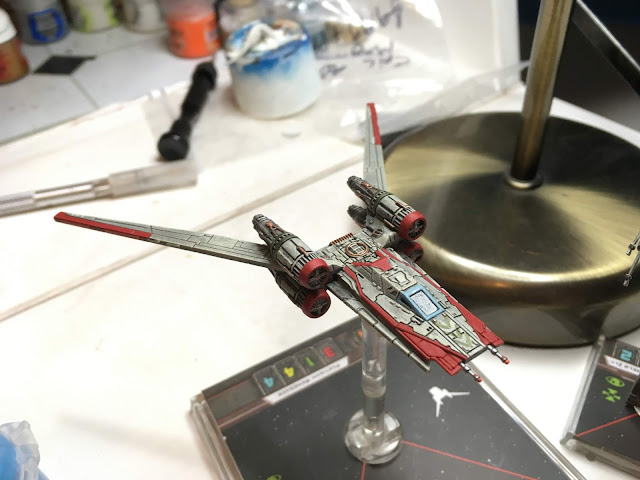 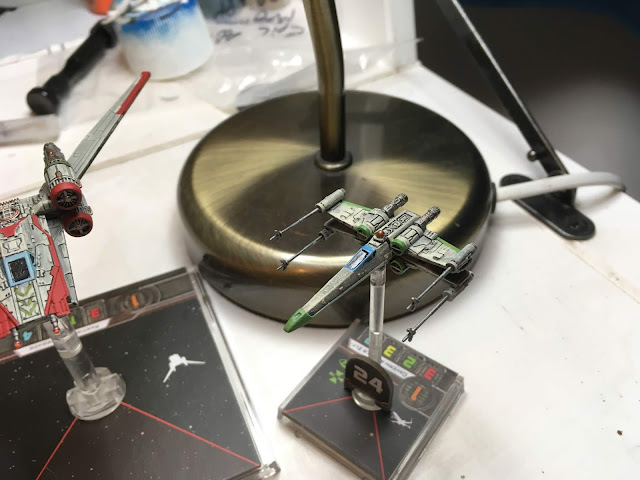 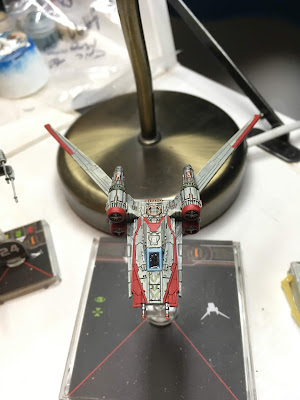 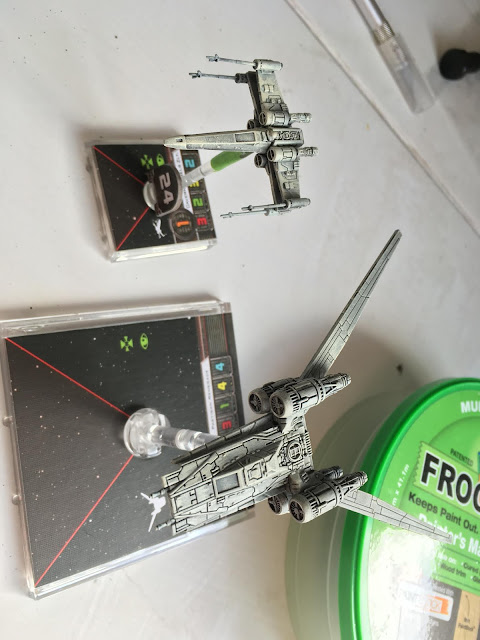 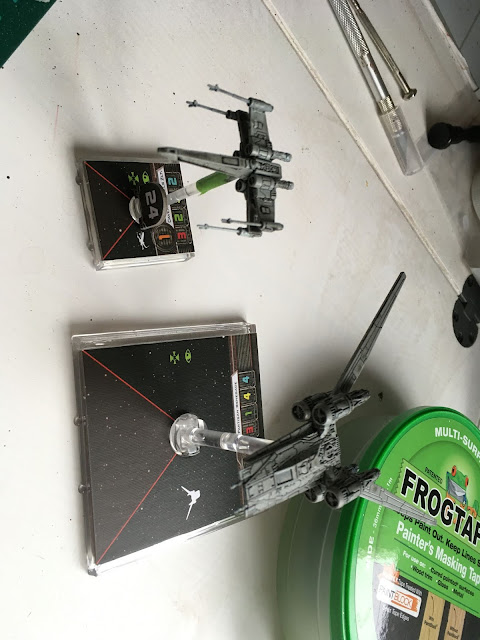 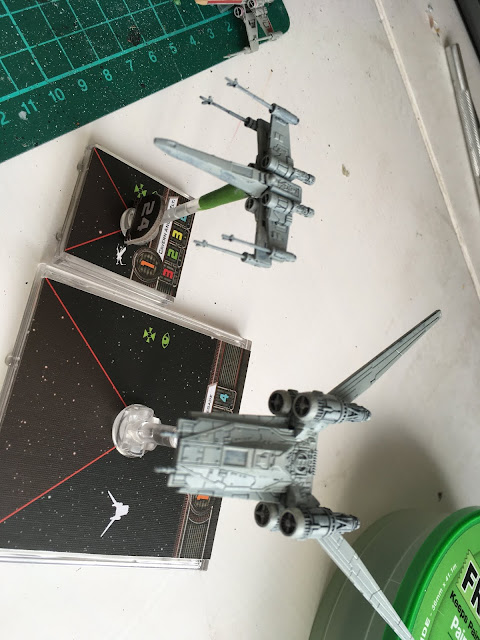