Just a quick dump of progress on my Bolt Action project;

I've been relatively productive in the last few days (by my standards at least!)

I also added a neat little paratrooper jeep with twin MMGs for a bit of mobile fire support.

Digging in to the sprue and bits box I'm now putting together some general foot sloggers/regular troops to help make my lists a bit more dynamic.

Starting with a 10 man British infantry section, with just a couple of small conversions using the 8th army and paratrooper sprues for a bit of variety.

I think I'll do another section like this to form a decent backbone, and I've also got a couple of universal carriers on order to help get them into the fight and lay down some supporting fire.

to break up the monotony I also built up a little 3 man SAS deception team using a mix of bits and German weapons to sow confusion!

For the Germans, I'm working on an Assault Pioneer unit, as well as a Volks Grenadier unit which seem like a good laugh. They are mostly armed with assault rifles and have the ability to advance from inexperienced to veterans during the battle, but could also just panic and go down under the first volley of fire!

backing them up I've got a '222' scout car - the Warlord model is a bit weird looking, but I got it for a decent price, and I'm too tight to spend the extra £5 for a resin one :D

lastly I've got some photos from my last game prior to the 2nd lockdown here!

It was a fun scenario, with both sides trying to capture/retrieve a spy in the middle of the battlefield.

The Germans threw themselves forward and inflicted an effective alpha strike, however poor position of their supporting units and Anti-Tank left them open for the US M4E8 to work unopposed and cover the paratroopers whilst they retrieved their bounty. 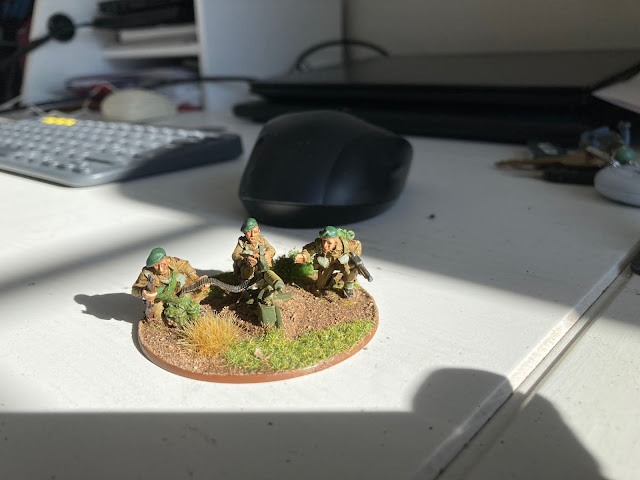 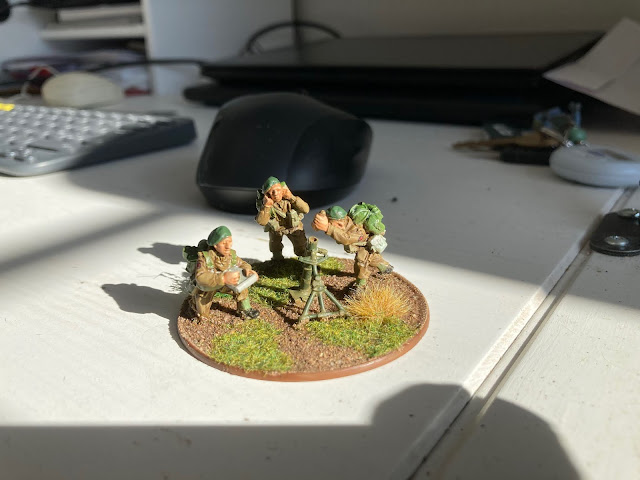 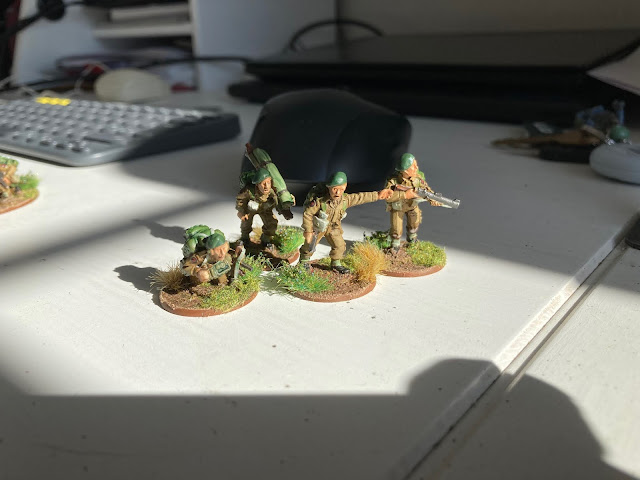 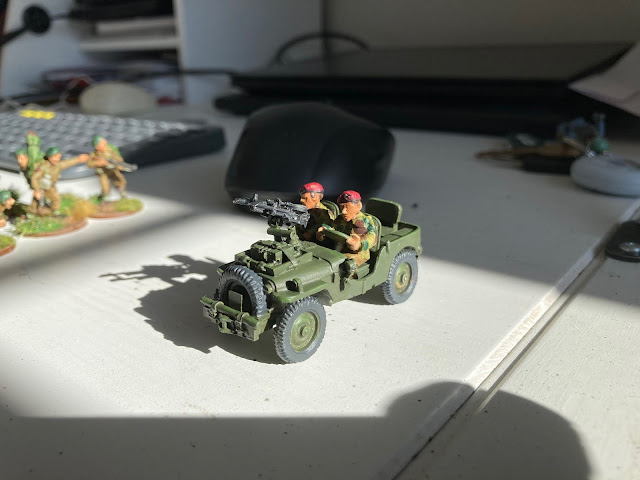 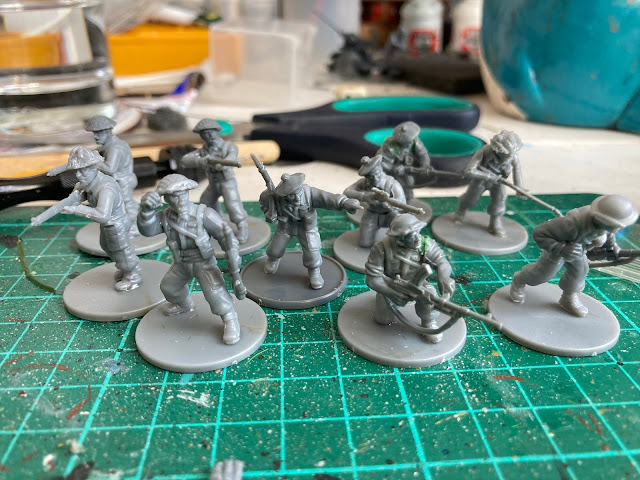 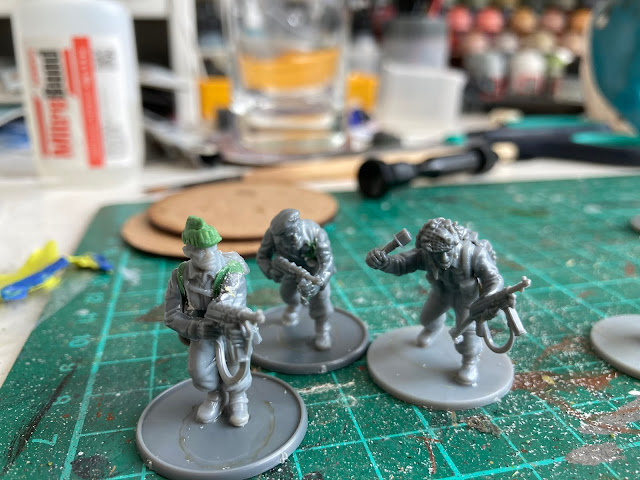 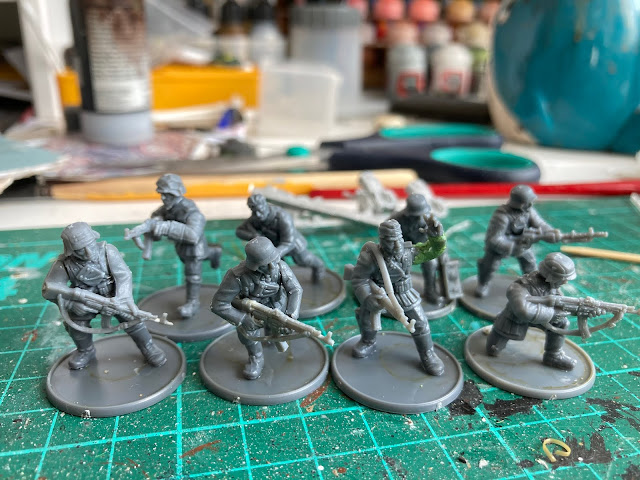 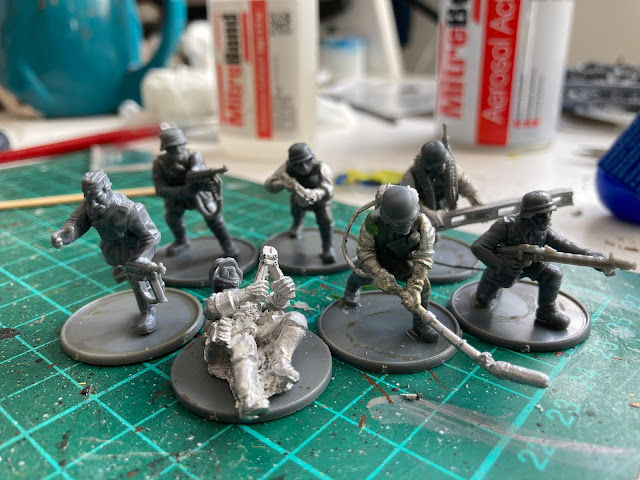 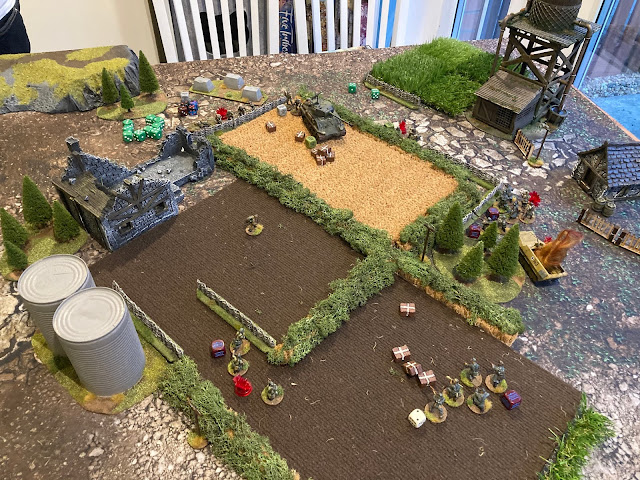 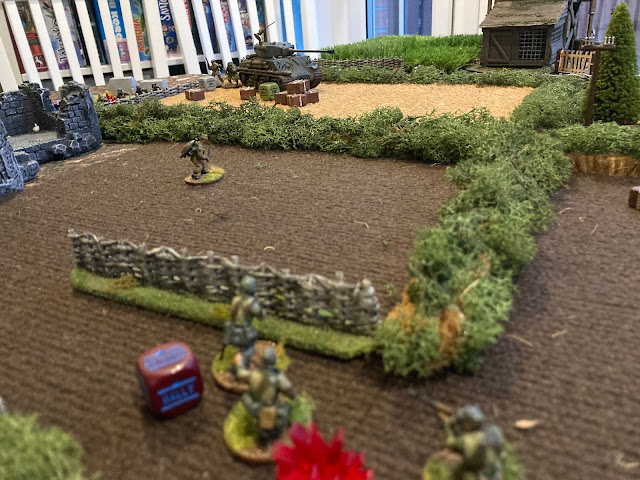 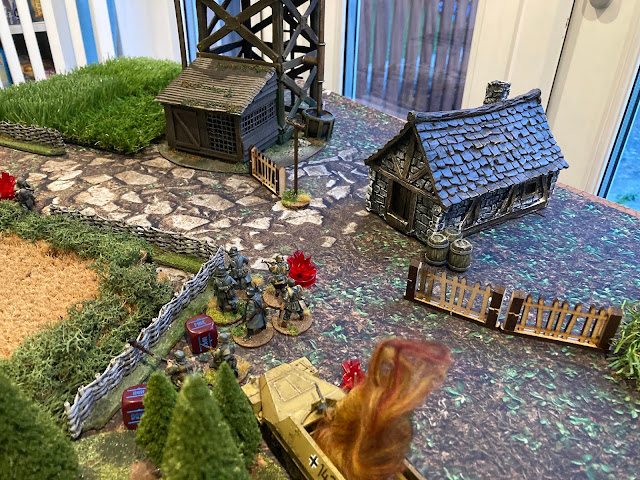 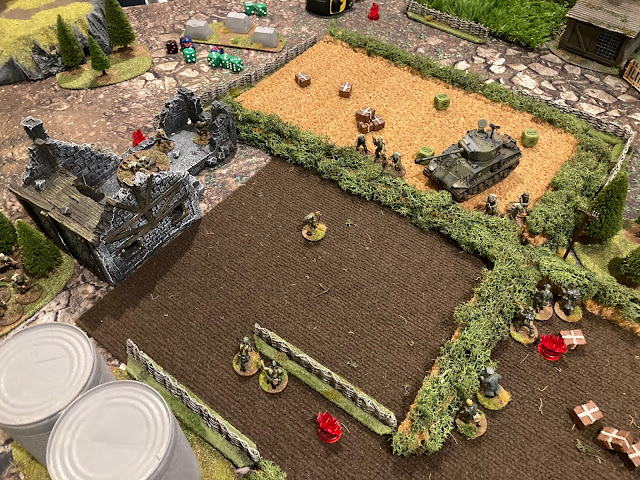