Back to the little guys - Epic

After a nice wee break painting 28mm for Bolt Action, I decided to crack open the box of shame and fished out the remainder of the order I made to Vanguard back in June.

I wanted to make the 30k tanks part of my Iron Warriors army, however I feel that black/silver paint scheme is tough to make look interesting at this scale, unless I can learn non-metallic metal painting somehow.

So instead I went with a bit more of a eye-popping teal/turquoise colour that I've became fond of recently, mixing in some green/grey.

I also decided to heavily weather them, partly to tone down the bright colour, and also to make them look ancient and war torn.

I really like the effect for how simple it was, and I'm now sorely tempted to do a whole 30k army like this.

The Daemon Princes were done as one for each of the major powers and require a bit of tidying up/detailing, as do the Knights, which will be added to my Mars AdMech forces eventually. 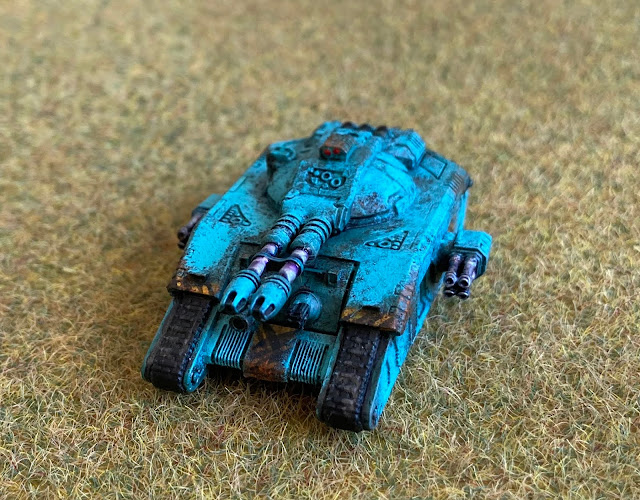