Apologies for all the posts! (never thought i'd be writing that!)

I'm just dumping the photos i have of all of my Epic armies as i pull them out of storage, give them a dusting off and return them to their slumber...

I have to confess, i took the photos of this force in preparation for sticking on eBay!

I've since had a change of heart though... if you look back to the first posts on this blog, it was me getting back into Epic after 20+ years hiatus.

These were the first guys i painted up after picking up a complete Epic 40k starter box (which i probably should have kept!)

it shows my painting at it's rustiest, and that is saying something, i especially hate the use of chunky railway model scenic ballast on the bases, but hey ho.

I've decided in the end to keep them, as they take up no space at all really, and serve as a great little ~2000pt army to use in smaller games, or as allies. 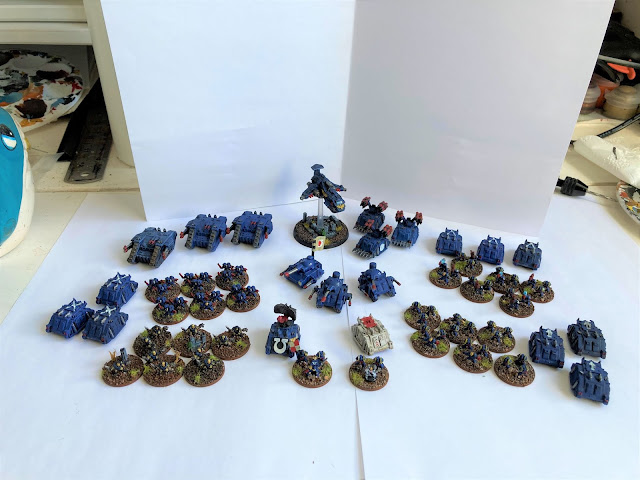 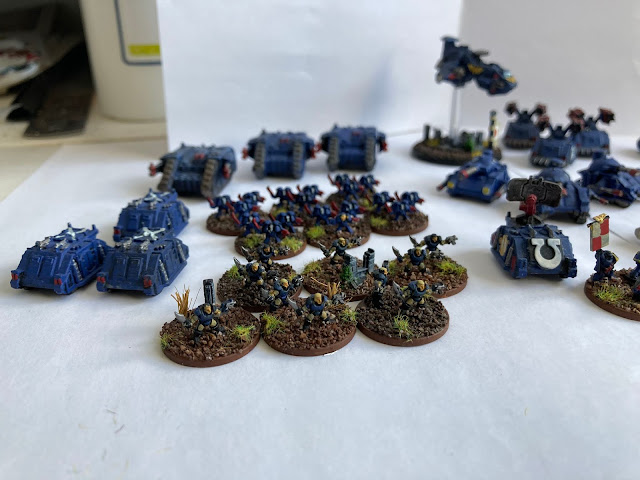 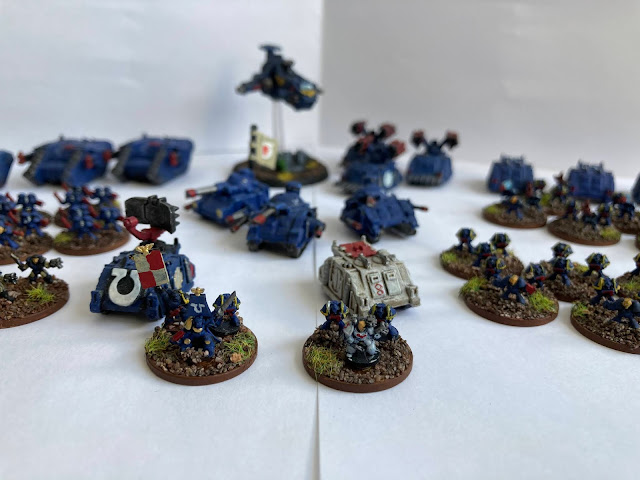 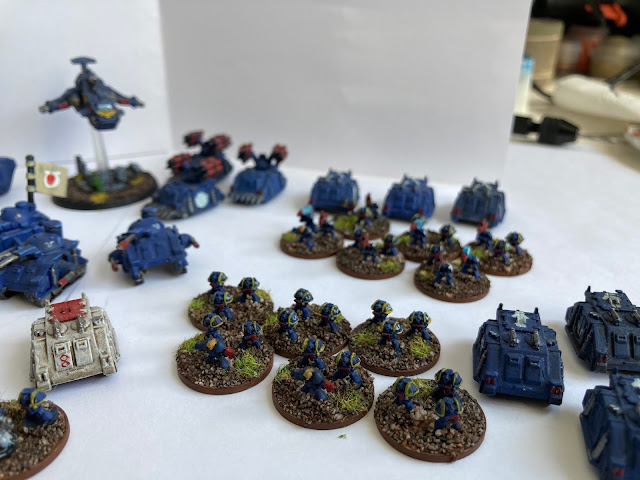 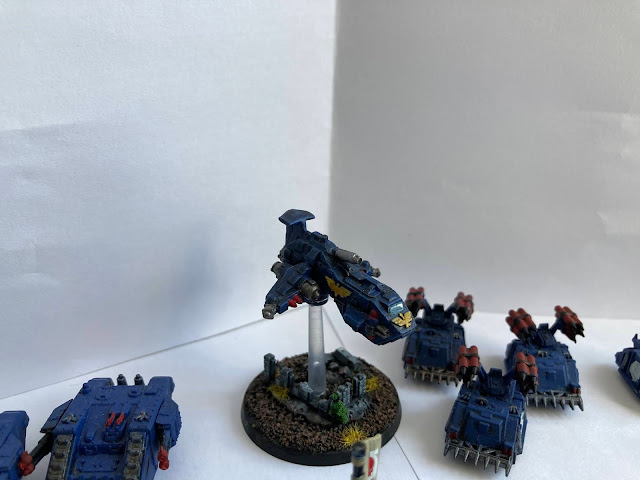