This month I have mostly been painting Squats.

For those following this marks the 'end' of my pseudo quest to paint all the 2nd edition forces for Epic/Space Marine/NetEpic.

I neglected the Squats the longest as I don't have a major love for them - didn't own enough for an army the first time around and they never really grabbed me visually.

I think they are a great addition to the Rogue Trader universe of pirates, gangs, scum and villainy on distant worlds cut off from the imperium, but don't know if they scale well to mass battles. (And I guess GW maybe felt the same way?)

Anyhoo, that aside - I've played against them enough times to realise they are a force to be reckoned with and are very much worth having in the collection.

I kit-bashed quite a few of the vehicles that are either massively over priced, rare or that I really just don't like the look of, so this is possibly my cheapest army to date.

I still have some unpainted units that I plan on adding when the mood strikes, but for now i'm fairly burned out on stuntie miners.

It was almost exclusively epic/6mm painting this month, and this looks to continue a bit into May.

for some breaks from the squats I kitbashed some Sabre Tank Hunters for my Blood angels, made up some Eldar units that I felt were missing from my roster, as well as doing some re-paints of a Warlock titan and some Warhounds that were amongst the first things I painted almost 8 years ago when getting back into the hobby. I feel much better about them this time around and it's sparked a scary thought in my head to potentially re-paint a large portion of my Eldar and Imperial guard forces that I'm not too proud of.

On the table currently are some Slaanesh Knights - which I still want to get enough of to field as their own force, and some squat stragglers that may end up back in the pile of shame until a later time.

If I paint anything else this month it might be some Bolt Action fallschrimjager or Brits... we'll see! 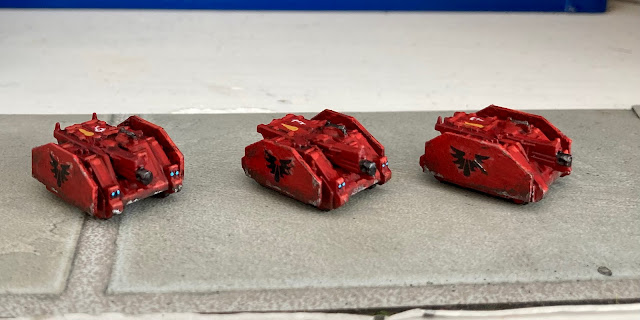 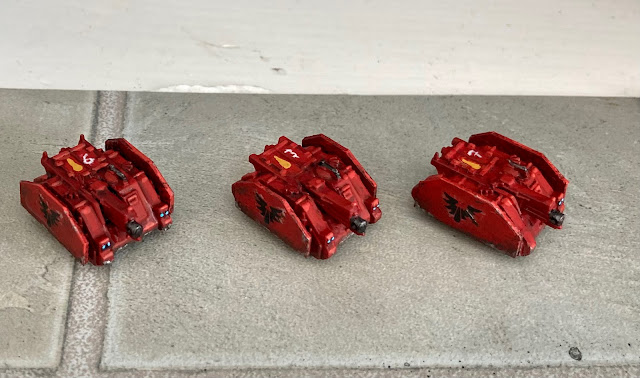 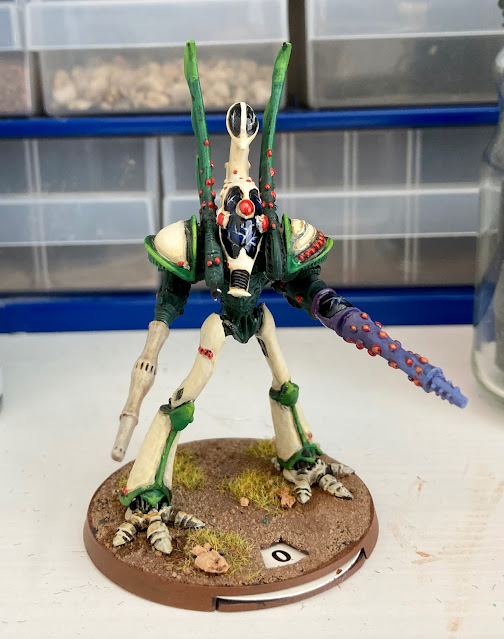 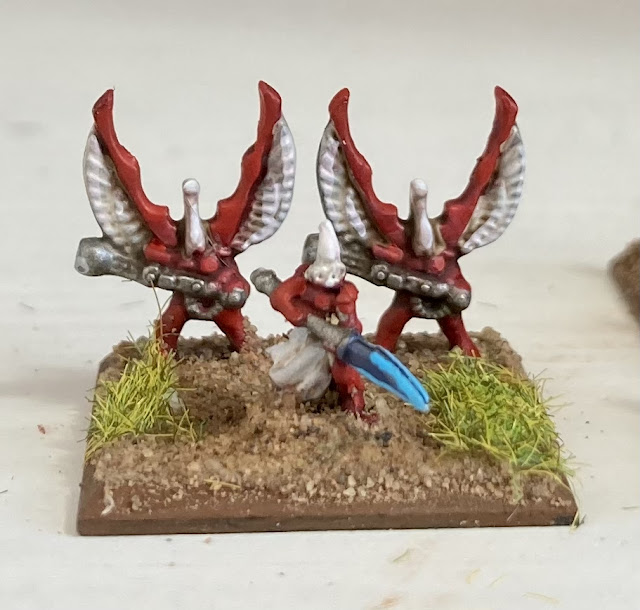 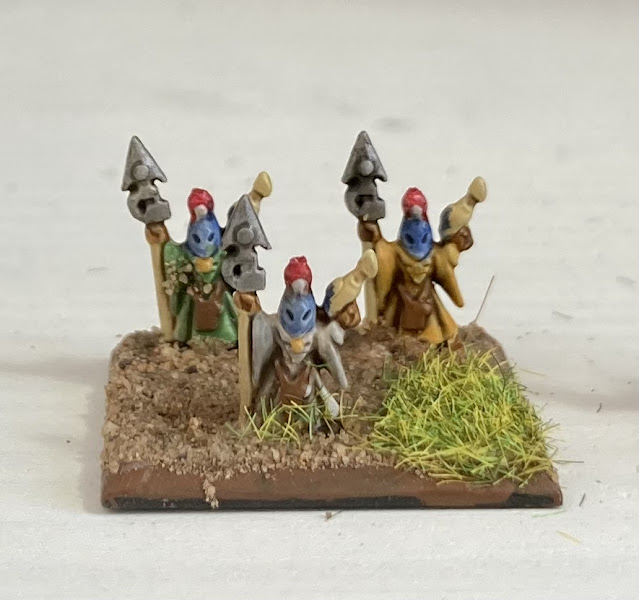 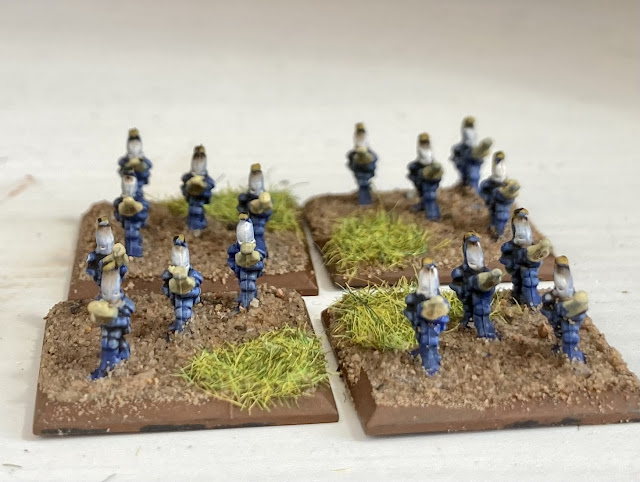 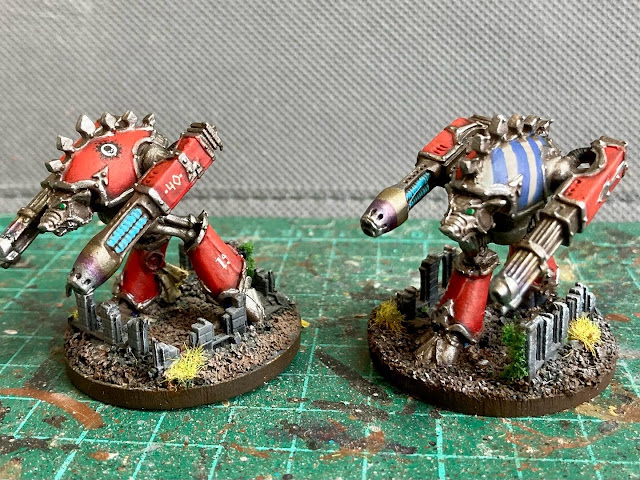 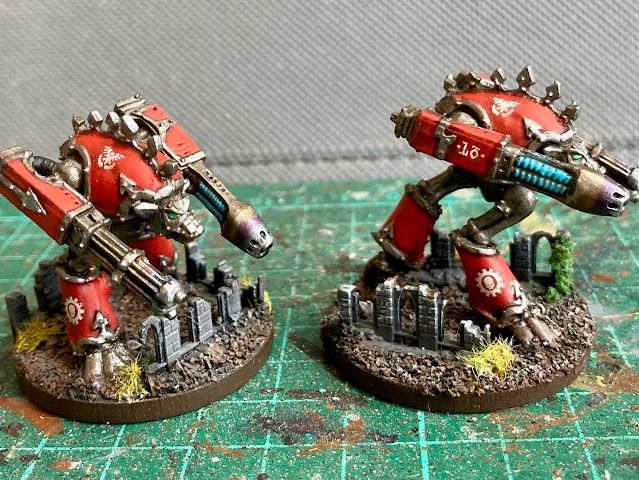 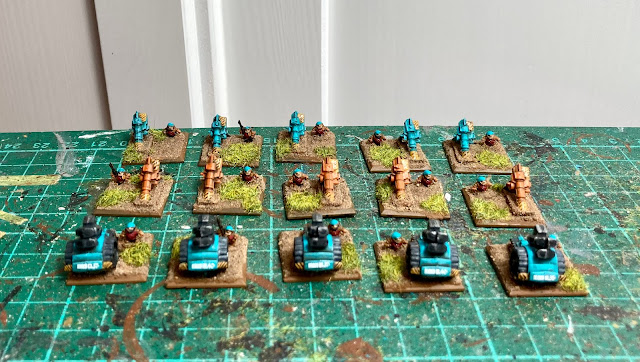 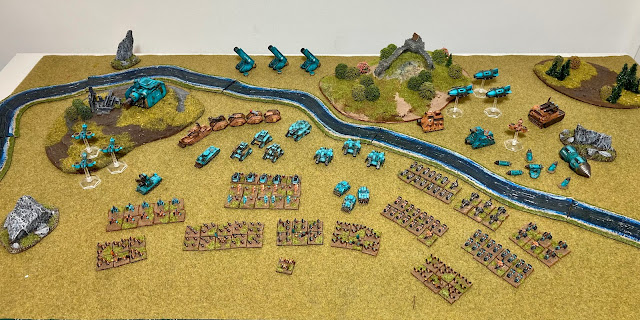 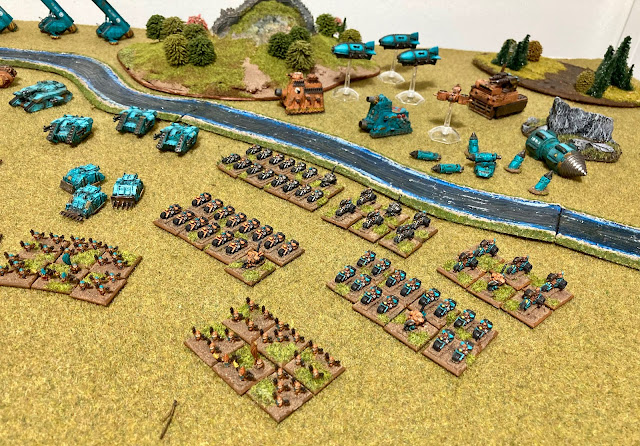 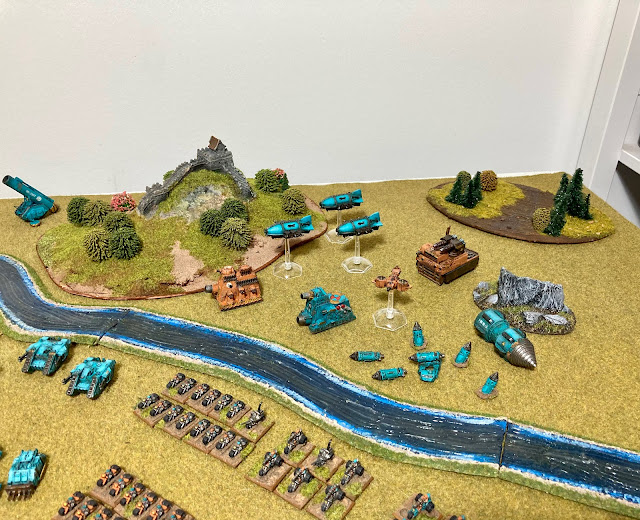 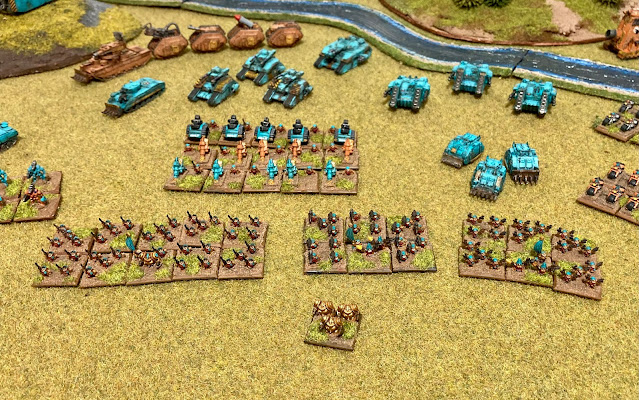 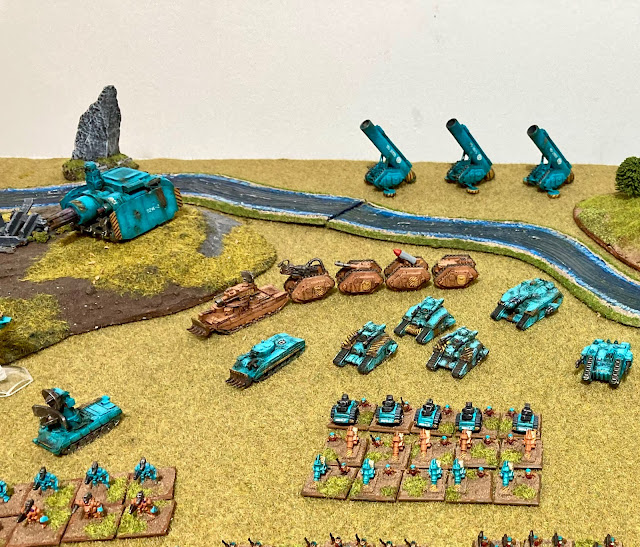 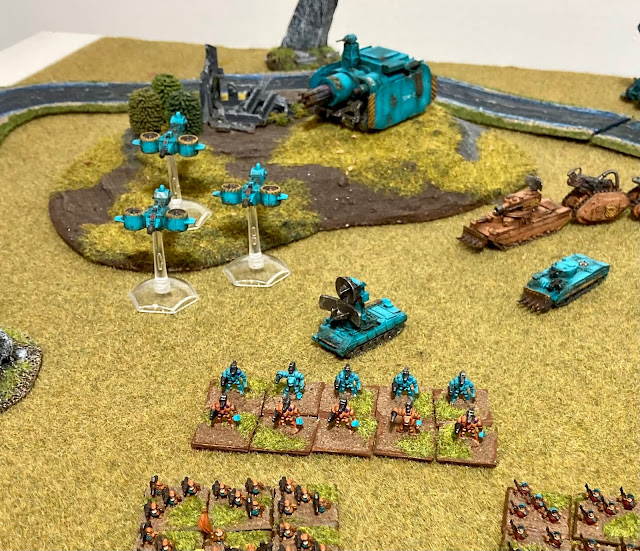